The III Congress of International Researchers of Polish History

This congress occurs every five years and is a cyclical meeting of academics from throughout the world who, in their research, address not only problems associated with Polish history but also within its culture, arts and sciences. This congress’s guiding theme is “The Polish Lithuanian Commonwealth: History – Memory – Legacy” („Dawna Rzeczpospolita: historia – pamięć – dziedzictwo”). Our aim is to gather in one place and at one time those scholars interested in the phenomena of the Polish – Lithuanian Commonwealth what it was, how it was memorialized over subsequent decades as well as what consequences or manifestations from its existence are seen in the later histories of Poland, Lithuania and the remaining countries who once found themselves within its sphere of influence.

We cordially invite and encourage you to take part in the deliberations of this upcoming congress.

Power and Exploitation in the Czech Lands in the 10th – 12th Centuries
Thursday, November 17, 2016 9:00 AM
Power and Exploitation in the Czech Lands in the 10th-12th Centuries: A Central European Perspective offers a unique analysis of the history of early medieval Czech society.
The Burial Dress of the Rus; in the Upper Volga Region (Late 10th-13th Centuries)
Tuesday, November 08, 2016 9:10 AM
This book is devoted to the Old Rus’ dress of the Upper Volga area, as gleaned from the archaeological evidence of the burial sites.
Chosen Places: Constructing New Jerusalems in Slavia Orthodoxa
Friday, February 03, 2017 9:30 AM
In Chosen Places.
Mulieres suadentes- Persuasive Women
Thursday, December 01, 2016 9:25 AM
In Mulieres suadentes – Persuasive Women, Martin Homza scrutinises the genesis of ruler ideology among the most prominent East Central and Eastern European dynasties from the early and later Middle Ages.
The Ideal Ruler in Medieval Bohemia
Wednesday, November 23, 2016 9:15 AM
The Ideal Ruler in Medieval Bohemia discusses the development of medieval concepts and ideas about just and unjust rulership in medieval Bohemia. This theme is examined in the context of the European political thinking between 6th and 14th centuries. Established in 1906, the Jewish Museum in Prague is one of the oldest Jewish museums in Europe. Its founders were the historian Salomon Hugo Lieben and the representative of the Czech-Jewish movement and city councillor August Stein. At the core of its collection were items from synagogues that had been demolished as a result of the clearance of the Prague Jewish ghetto.

“Come My Beloved…” Illustrations for the Song of Songs 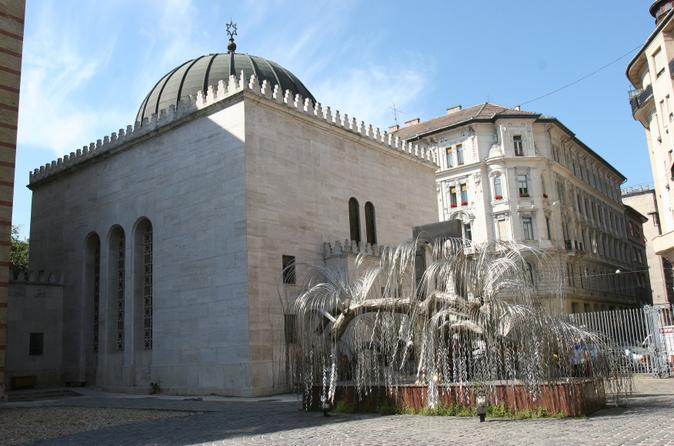 The Hungarian Jewish Museum opened in January 1916, in a private apartment in Hold utca. The collection, which had been started on the initiative of Jewish intellectuals, already consisted of nearly 1500 objects, first and foremost Jewish ceremonial objects and relics of the history of Hungarian Jewry.
At that time, the collection and display of material objects as mementoes of Jewish culture was a new phenomenon. Up to that time, Jewish museums had been established only in Vienna (1895), Frankfurt, Hamburg (1898), Prague (1906) and St Petersburg (1914). However, Jewish religious objects had been on show earlier in Budapest: in 1884 the Applied Arts Museum was the first in the world to select Judaica for a large, national exhibition, The Historic Gold and Silver Exhibition. Twelve years later, at the National Millennial Exhibition, celebrating a thousand years of the settlement of the Magyars in Hungary, some of these objects were again displayed.
The Hungarian Jewish Museum became a new institute for the preservation of Jewish memory: communities, families and private individuals brought everything they felt was worthy of preservation and important for the presentation of the community

The Hungarian Jewish Museum opened a hundred years ago, in January 1916.  The exhibition shows the development of the museum’s collection through one hundred objects in honour of the centenary. Each and every object displayed has its own individual and special story, but looking at them and interpreting them as a whole, we can get to know almost every layer of the history and culture of the Jews in Hungary.

Museum of Jewish Culture is part of the Slovak National Museum. It began to form on the floor of the Historical Museum SNM as a Department of Jewish Culture in 1991. In 1994 it became an independent specialized unit SNM.
The museum focuses on the presentation of spiritual and material culture, and documentation of the Holocaust in Slovakia. Expositions of the public makes everyday life objects, documents, artifacts and fine art. The museum and exposition in the synagogue Žilina, Prešov, Nitra.

The project Greetings from Israel in its third part is a young Israeli artist Rana Karp-Prince.

What is the study of the church interior?

From an art-historical perspective, the vast majority of artworks produced in the medieval and Renaissance periods was intended for the many chapels, altars and screens in the church interior.Yet, despite the obvious importance of these sites, the spatial dispositions of church interiors – and how they evolved over time – are still little-understood. Scholars studying the church interior seek to reconstruct the meaning, functions and visual appeal of these sacred spaces. The Society for the Study of the Church Interior seeks to promote this holistic and interdisciplinary approach to researching historic church buildings.

We are a group of scholars who are interested in the material culture, spatial dynamics and multifarious functions of the church interior in the Medieval, Renaissance and Baroque periods. We are mainly based in the US, Germany, Italy and the UK, but welcome members from around the world.

We are also in the process of establishing an online, collaborative database to collect data on the church interior. Initially concentrating on Italy, where the impact of the Counter Reformation was particularly strong, the database will reveal the broad patterns and chronologies which are currently beyond the grasp of the individual researcher. Members of the Society who wish to contribute to the database will receive a login to access it: please email Joanne or Michael if you are interested.

The 4th Forum Medieval Art will focus on research at the geographical and methodological boundaries of classical medieval studies. The various venues in Berlin and Brandenburg with their medieval heritage and their rich collections of Byzantine and Middle Eastern will be taken as a starting point. Accordingly, the conference will highlight the interaction of Central European medieval art and artistic production with other regions ranging from Eastern Europe, Byzantium, the Middle East, the Caucasus and the Mediterranean to the British Isles and the Baltic region. Thus research areas such as Byzantine Studies or Islamic Art History will be brought into the focus and consciousness of medieval studies, particularly in the context of the endangered artistic and architectural monuments of the Middle East. Especially welcome are topics discussing phenomena such as migration, media transformation and changing cultural paradigms. By asking for culturally formative regions at the borders of “Europe” and transcultural contact zones, definitions of the Middle Ages can be put up for debate. As a counterpart to this panorama, research about the region of Brandenburg and Berlin will also be presented. This includes subjects of museum studies and the history of art of and in Berlin, where the development of areas of cultural exchange has a long tradition.

The Eastern edge of the Central European zone often saw conflict and cultural exchange along its borders.  The Ottoman History Podcast run out of Georgetown University, offers a new medium for scholars to hear about the latest research ongoing in the field.

C/E European Scholars would be most interested in their recent episodes:

The Wild Filed Podcast, also out of Georgetown University, which, exploring new research on the shared borderlands of Europe and Asia. Areas of study include the Black Sea, the Caucasus, the Pontic Steppe, East Central Europe, and Central Asia, broadly defined. Join us for upcoming episodes on historical and current issues related to