The Mongols in Central Europe: The Profile and Impact of their Thirteenth-Century Invasions

12:45–13:50 Moderator: István Vásáry
Greetings of Batbayar Zeneemyadar, Ambassador of Mongolia to Hungary
Balázs Nagy: The Mongol Invasion of Hungary and its Central European Context
Attila Bárány: The Response of the West to the Mongol Invasion: 1241-1270

14:00–15:15 Moderator: Christopher P. Atwood
Stephen Pow: The Historicity of Ivo of Narbonne’s Account of a Mongol Attack on “Neustat”
Konstantin Golev: Crime and Punishment: The Mongol Invasion, the Cuman-Qïpchaq Refugees and the Second Bulgarian Empire
Dorottya Uhrin: Beheading Among Nomads

15:30–16:45 Moderator: Konstantin Golev
Adam Lubocki: Mongol Invasion of Hungary
in the Light of Polish Medieval Sources
Tomaš Somer: Sources on the Mongol Invasion of the Kingdom of Bohemia in 1241
Matthew Coulter: Patterns of Communication during the 1241 Mongol Invasion: Insights from the Ottobeuren Letter Collection

12:30–13:45 Moderator: Alexander Nikolov
Mirko Sardelić: “Quasi per aerem volans”:
The Mongols on the Adriatic Coast (AD 1242)
Aleksandar Uzelac: The Kingdom of Hungary and Ulus of Nogai: The Contest for Regional Supremacy at the End of the Thirteenth Century
Ágnes Birtalan: Hungarian Oral Narratives (Hung. népmonda) about the Mongolian Campaign

14:00–15:15 Moderator: Beatrix Romhányi
Zsuzsanna Papp Reed: Inscribing the Mongol Invasion into History: The Chronica Majora and Beyond
Alexander Nikolov: From the Pontic Steppes to Anatolia: The Cuman Refugees from the “Mongol Storm” between 1237 and 1242Ning Ya: Should the Papal Envoys Bring Gifts for the Mongols? The Role of Polish and Russian Intelligence Information in the Mission of John of Plano Carpini Compared to that of Ascelin of Lombardy

17:00–18:10 Moderator: József Laszlovszky
Beatrix Romhányi: Traces of the Mongol Invasion in the Settlement Network of the Kingdom of Hungary: Questions, Answers and Doubts
Béla Zsolt Szakács: The Mongol Invasion and the Early Church Architecture in the Szepes/Spiš/Zips Region
Jack Wilson: The Mongols and the Internet: Online Outreach on the Chinggisid Empire, 2018-2020

MECERN mourns the passing of Professor János Bak (1929-2020), co-founder and intellectual inspirer of our Network. We commemorate him with Professor Gábor Klaniczay’s obituary published on the website of the Department of Medieval Studies at CEU.

János M. Bak, founding member and Professor Emeritus of CEU Department of Medieval Studies has passed away on 18 June, at the age of 91. Until the last moment of his life, he was an engaged scholar, an authoritative and caring professor, an indefatigable worker for an international cooperation for the advancement of learning and the broadening of the ‘Republic of Letters’. When mourning and remembering him, let us recall a few things of his rich, adventurous, life – the Festschrift he received from us when he was 70, was entitled The Man of Many Devices, Who Wandered Full Many Ways… The adventures started towards the end of World War II, when he had to survive as a teenager the Holocaust, with tricks and hiding in Arrow-Cross dominated Budapest. Subsequently, after a brief period of enthusiastic conversion to Marxism, he quickly got disillusioned from the unfolding Stalinist regime, and he became an active participant in the 1956 revolution. At its defeat he left Hungary and earned a medieval studies doctorate in Göttingen, as a pupil of Percy Ernst Schramm. As a postgraduate, he spent two years in Oxford, then worked at the University of Marburg, and published a much-cited monograph on ‘Kingdom and estates in late medieval Hungary’. In 1966 he moved to the US and subsequently to Canada, he became professor at the University of British Columbia in Vancouver. As a member of the world-wide community of 1956 émigré intellectuals, he was very active in supporting Hungarian colleagues with books, invitations, scholarships, publication opportunities. At the same time, he became a major organizer in international medieval studies. After some years of investment into the history of ‘East-Central Europe’, and ‘peasant studies’, in the 1980s he organized Majestas, a scholarly association for the study of rulership, which functioned for two decades, organized many successful conferences and published a review with the same name.

When he retired as Professor Emeritus from Vancouver in 1993, it was not for having a rest, but for joining a new, ever-more demanding academic adventure: building a Department of Medieval Studies at the recently founded CEU in Budapest. He brought home his world-wide network and made the largest contribution in turning our department a thriving new center in this field. And this was not only thanks to his high-class German and American experience, but above all thanks to his passionate engagement with the wonderful, passionate, enthusiastic international group of our graduate students. Like probably all other departments in CEU, our seminars became fascinating scholarly workshops combining hidden treasures of local knowledge with high standards of cutting-edge international scholarship. And, in all this, János was a lively, critical, once funny and cheerful, other times nervous and grumpy participant, sometimes scaring students to death with angry explosions, but then giving them due respect, fatherly protection and friendly encouragement – multiple generations of students are weeping now over this departure. The efficient and warmly human impact on the formation of future scholars was paired by his tireless organizational drive: after Majestas he initiated research projects on the comparative history of medieval nobility, on the ‘uses and abuses’ of the Middle Ages, on source-repertory handbooks.  He started a bilingual source edition series entitled Central European Medieval Texts (11 volumes at CEU Press), he published in 5 volumes the ‘Laws of Medieval Hungary’. He retired form CEU as Professor Emeritus in 2007, but he kept being active: he played a key role in the foundation of MECERN, Medieval Central European Network in 2013 – he corrected the proofs of his chapter in a new OUP Handbook on Medieval Central Europe last week, a few days before his death. He had several injuries during the past years, he walked with a stick, but he took the effort, until this winter, to come to CEU for listening to the MA or PhD defenses of his students, or to hear the public lectures of his younger colleagues or his friends, colleagues from the world-wide company. We were exceptionally fortunate to have him as a friend and a colleague for three decades, his departure is a great loss for us, for CEU and for medievalist scholarship around the world.

To conclude this obituary let me quote the words of our rector, Michael Ignatieff: “I knew Janos for 40 years, as a scholar, friend, bon vivant, intellectual provocateur. He embodied the spirit of CEU at its best: morally serious, intellectually irreverent, and fiercely loyal to ideals. We will all miss him.”

And another word by Patrick Geary: “May his memory be a blessing for us all”

An authors’ briefing related to the edition of the Oxford Handbook of Medieval Central Europe will take place at International Medieval Congress in Leeds, on July 3, at 18:30, in the basement lounge of the Michael Saddler Building. For any question, please turn to Nada.Zecevic@rhul.ac.uk

In the Middle Ages, the Mediterranean was the scenario for the development of a plural and diverse political entity, which became one of the European models of mixed monarchies. It had accessible institutions and a representativeness of the estates, and cultural traits converted into unifying factors, an economy involved in the great maritime routes and, with all this, a plurality under one crown, that of the kings of Aragon. The memory of this peculiarity of this structure has survived in a dense, widely varying, network of archives and diverse sources that need to be duly explored and analysed.

Indeed, the later articulation of society and historical research under the parameters of the nation-state, so deeply rooted over centuries, has even hindered our understanding of what entities like the Crown of Aragon were, to the point that its participative institutions or the membranous traits of its culture could be claimed to be immature from the conceptual rigidities imposed later.

It is undoubtedly necessary to facilitate the coming together, through debate and interdisciplinary relations, of everyone who, from history, art history, philology (literature and language) or any other perspective, studies different aspects and geographies of what was the Crown of Aragon. Accordingly, it is necessary to create an association, one that facilitates relations and exchanges between researchers, anywhere in the world, whose research is focused on the Crown of Aragon.  Together, we can improve the results of our work, increase the circulation of the interpretative paths and also defend adequately what the Crown of Aragon was and represented.

To this end, we present the new Association of Historians of the Crown of Aragon (Societas Historicorum Coronae Aragonum) and invite you to accompany us in this scientific and amiable adventure.

More information and materials can be obtained at https://hiscoar.org/ 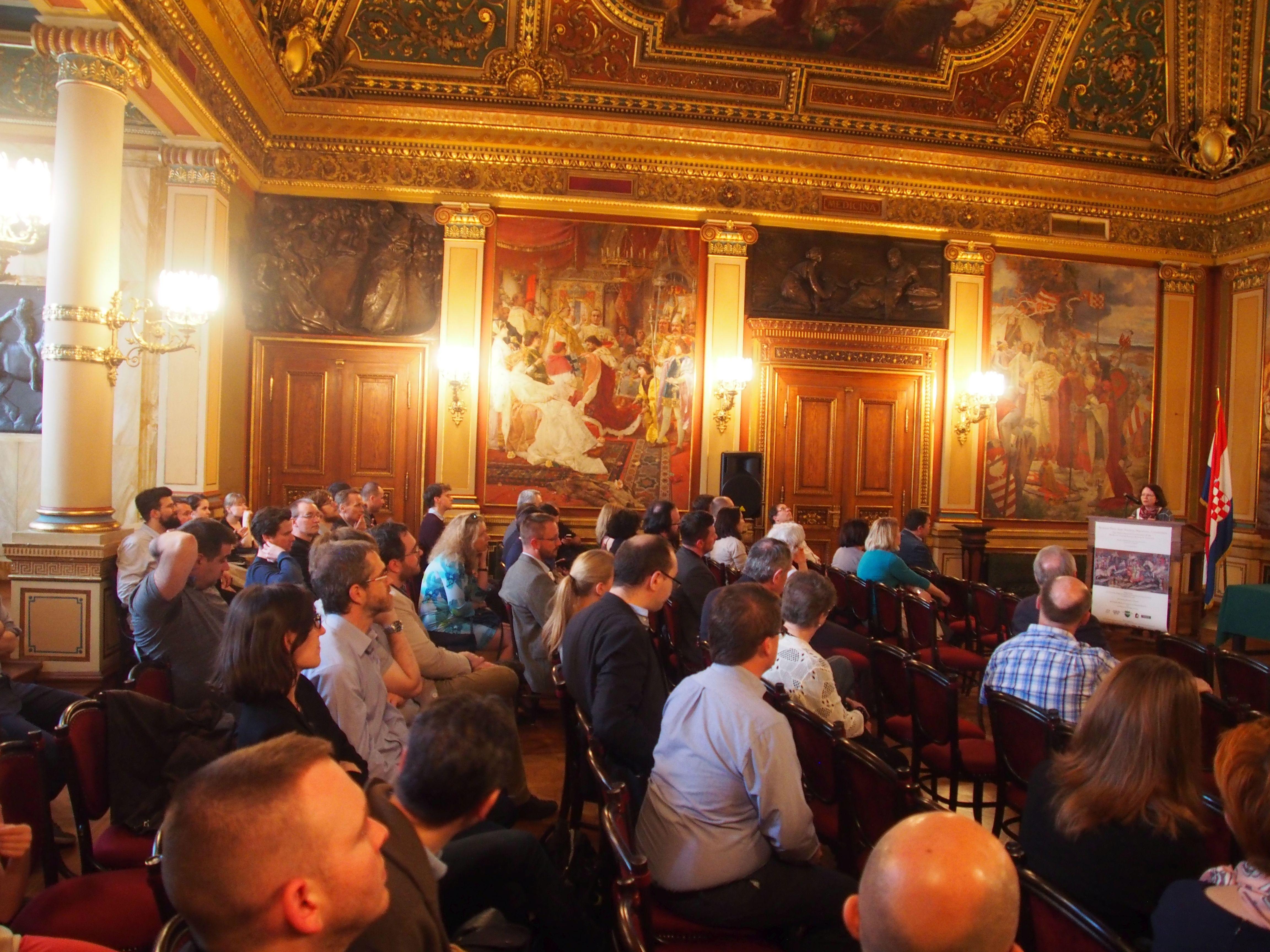 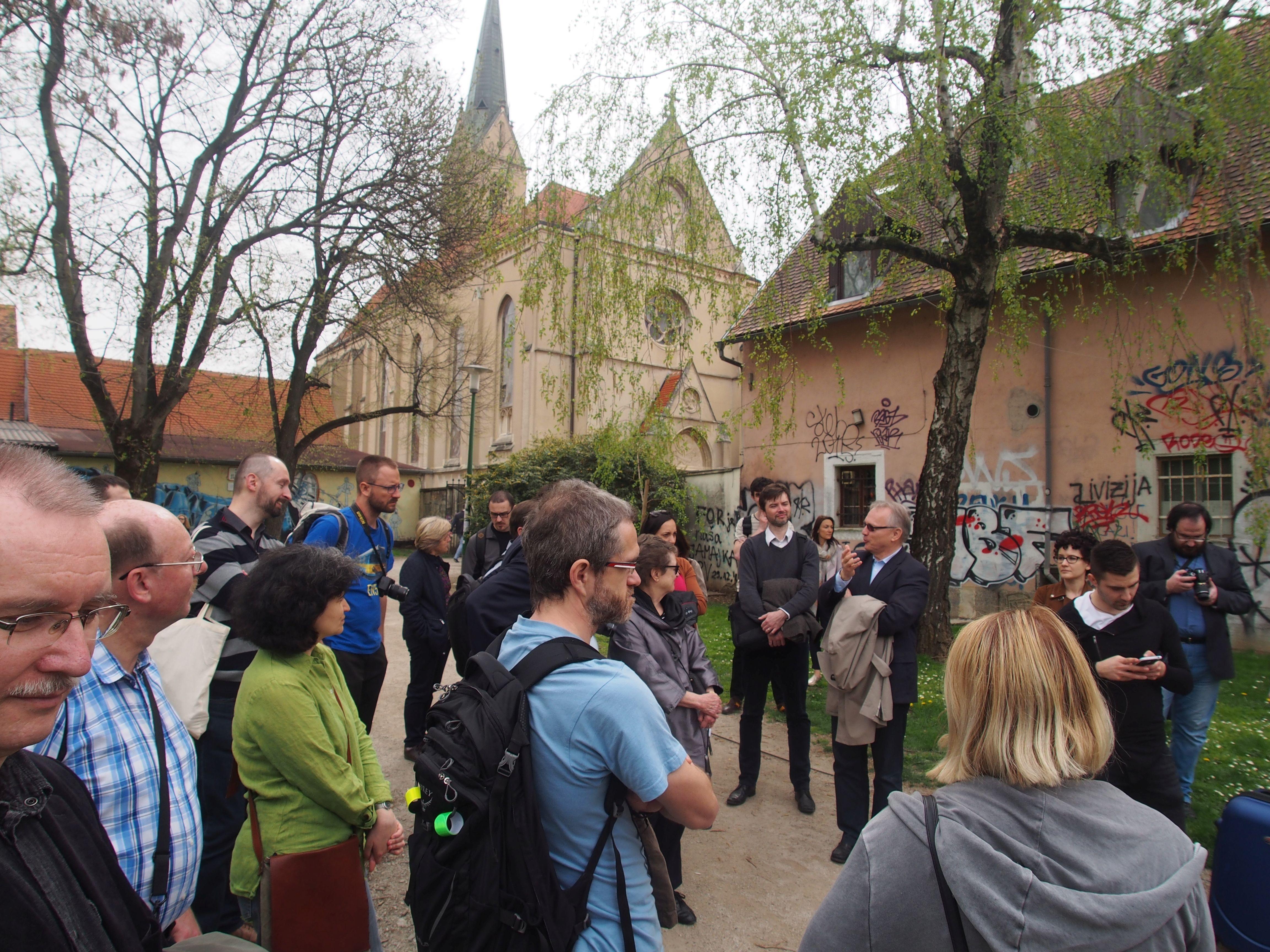 CARMEN: The Worldwide Medieval Network is delighted to announce the results of the inaugural CARMEN Project Prize competition, 2018.

The Future of Medieval Studies – Call for papers

Call for papers: the  7th international Hilandar conference: “Preserving the Past”